I was afraid to look around me, afraid of what I’d find. Gathering my bearings, I can hardly recall climbing out of the car, which was upside down on the opposite side of the road from an embankment. Had the driver veered that way, I shudder to think of what horrible fate may have met me or one of the four other passengers riding in the SUV. As it was, his jerking of the wheel to overcompensate for our car’s loss of traction in the deluge of rain had left us hydroplaning off the road and flipping onto our roof along a desolate road in rural Ethiopia. The windows busted out, and one person remained in the front seat, unsure of how to unbuckle himself from his upside-down position. His wife, clinging to a tree, was frantic, wondering why he had not gotten out.

That night I shook uncontrollably, trying to get warm under the covers in a hotel we’d managed to arrive at after a group of Chinese engineers traveling on the same road gave us a ride. We needed to go to a hospital, but we were miles and at least a day’s ride away from reliable care. Other than a rug burn from landing on my knees on the ceiling of the vehicle for having not been wearing a seatbelt, there was no external evidence that I was hurt. Eventually, my back ache subsided, and I was seemingly recovered.

One evening, many months later, I rode in a van in Kenya to pick someone up at the airport. It was raining, and I wondered why I felt so nervous on the ride. Then I remembered the rain on that day when our car hydroplaned, fearing the same thing would happen again. After all, the variables were similar; it was raining, and I was not in control of the wheel nor the gas.

I read an article this morning that resonated with me and summed up the characteristics of how a “new normal” is found, following trauma. In ten, thoughtful points, the author highlighted several things to consider in light of finding one’s way through the unexpected blows that life may deal us, one being that we are forever changed. To that I would add that trauma is also permanently with us, sometimes buried deeply while at other times completely blind-siding us by the lingering effects of grief and loss or downright fear. What may seem like perfectly benign stimulus to one person propels another into all out panic because we now know, unlike before, what is possible. And we will never again take that for granted.

But does that mean I’ve stopped riding in cars? No. Perhaps to the chagrin of a few who’ve heard my plea to slow down in the rain or on a hairpin turn, I would occasionally interject my requests to whoever was chauffeuring me to the airport in Gambella, Ethiopia. Blazing up a dusty, gravel road at the mercy of a driver who had no idea, really, what the car was capable of, I couldn’t help but ask a driver to slow down in the months that followed our rainy day misadventure. That memory lingered in my mind even then, fueling anxieties that were often dormant until I was at the mercy of another driver in conditions that felt all too familiar to what had precipitated the accident I’d survived.

In much the same ways, the trauma of my life’s upheaval in the last few years following a painful divorce is still with me. While I have no doubt found my stride in the new normal, I don’t always know what will set off a bout of angst, upsetting my emotional equilibrium. I fear people are tired of my plight, and I lament that this ugly thing that happened never will, in fact, go away. But just like that rainy day in October of 2000, I am still here, and I am stronger for it. I am me, only different–weathered a bit and not so naive as to think I’m exempt from certain types of pain.

I’m not exempt from certain types of pain, and I’m also not immune to the adverses ways it might affect my personality at times. Trauma can permanently change us in both good and sometimes not-so-good ways. When considering some of the limitations placed on my life by my own set of difficult circumstances, I have to keep remembering that not playing the victim rests largely in my ability to keep identifying the choices that are within my reach. When I long for something that feels completely out of reach, I must stretch in the other direction and reach, instead, for what is accessible to me. I must keep making choices around the things that I do have some control, even if it is just repainting the bathroom.

Suffering is free range in this game of life. The hardest part perhaps is that we don’t get to choose what precisely will make our life in particular difficult. Life is tough; pain is what makes it tender and opens us up to seeing ourselves, our world and others in a new light. Only, we have to, at the very least, be open to the possibility that we can grow from our trauma. Otherwise, it’s just making mountains out of mole hills that never change the scenery for good. While trauma can make us better, it can also leave us bitter. Knowing what anchors you to hope is imperative for the journey. Thankfully, for me, friendship, laughter, faith and a good bit of exercise make good seatbelts. The ride will be bumpy, sometimes turbulent, but I’m going to keep riding. 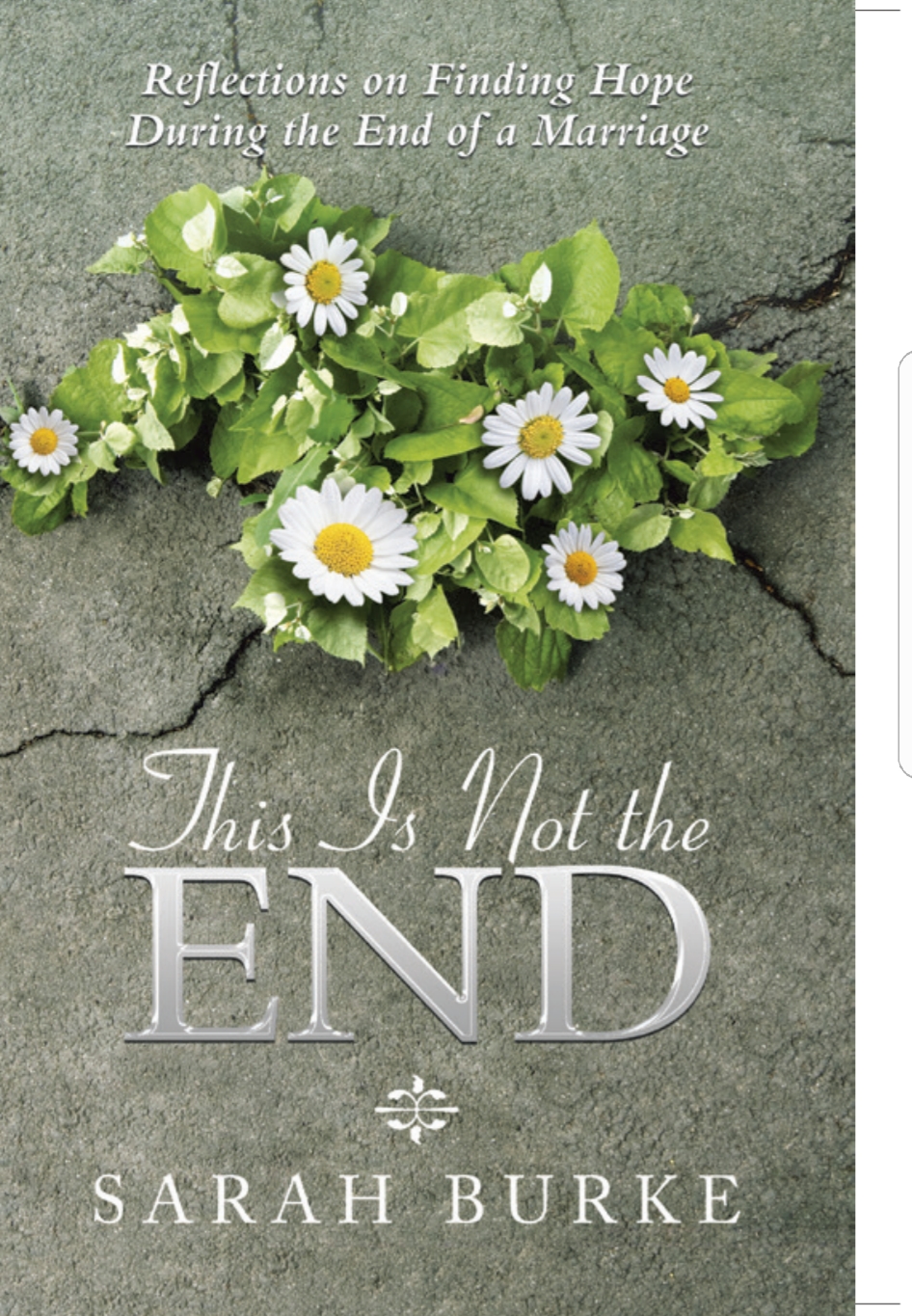 Always: Redefining What “Being There” Means as a Divorced Mom

You get the call from the school nurse one afternoon. Your child has a stomach ache and a temperature. Your instinct has you reaching for your keys to go pick her up, but then you pause. The nurse also called your ex because it’s his day to pick the kids up. “Fair enough,” you think. […]

Step Away From the Laptop

There’s a new show on HBO that I love. Never would I have expected books about divorce and remarriage to line my shelves or Sarah Jessica Parker as Francis in “Divorce,” to be part of my catharsis. In one particular episode, Francis’s best friend who happens to be a therapist reveals that she has just […]

“Grieving after a divorce is an animal in itself. There is the loss of not only the relationship, but also, all the plans and expectations that were made within the framework of that commitment disintegrate as well. Add to that the complexity of feelings that can follow, and the emotional undertow can drag you down […]

In Honor of International Women’s Day

“As I recollected the memory of myself as a girl in a yelling match with a jerky kid who made fun of my brother that day on the school bus so many years ago, I realized that I was still that girl. Full of fight and indignance, she rose again in the face of […]